Hello again, Bunnies! And a special hello to all of you who have started following The Blue Bunny Blog!

Well, groggy and bleary eyed, we greeted the dawn (okay, okay, not quite dawn!) with coffee and o.j. in hand to watch and cheer as the Canadian Men’s Olympic hockey team won the last gold medal in what has been a very exciting Winter Olympic Games! Now was it just me, or did it feel as though we’d already won the gold medal in the game against the U.S.? Yay, Canada!!

(Oh, and we bunnies made Olympic-style short work of a batch of those famous malted milk pancakes-yum!)

all of us bunnies were so very proud of our amazing athletes!  They showed so much grace and spirit that they won our hearts, even if they didn’t win the medal they’d worked so hard for.

It was great to have the little bunnies watching the games during their recesses at school as well as here at home. They really got involved in

cheering our athletes on and loved many events that they had never seen before like bobsled and ski jumping. My littlest bunny thought that the bobsleds looked like “little spaceships” and he loved watching them speed down the track! The snowboarding and skiing events had us all on the edge of our seats…and the figure skating? Well we won’t even go there, but to say that Mama Bunny was nearly in need of the smelling salts by the end of it all. Cough {Gold} Cough…

The reporting team at the CBC and Cathal Kelly from the Toronto Star were amazing throughout added a social media dimension to the games that made us all feel so much more a part of it, so many thanks to them!  Cathal Kelly is hilarious no matter what sport he is writing about!

So now the Olympic Hangover begins and we return to whatever we were doing before the games began. As the t.v. addicts we are, we are very much looking forward to the return of some of our favourite shows, especially Murdoch Mysteries which begins the back half of its season on March 3rd. http://www.cbc.ca/murdochmysteries/
We’ve all been wildly speculating about what the future holds for William and Julia now that James Gillies has returned from the dead yet again-ack! And how about poor Crabtree?! Too nervous or perhaps feeling a little bit too far out of his league to put the moves on the lovely Dr. Grace and when he finally gets the kick in the pants he needs, there’s Leslie Garland all up in the mix. Sigh. Well the course of true love never runs smooth. Or something like that.

I spent the rest of the morning taking the littlest bunny to try a hip hop class, making some bread and finished knitting a new bunny friend. Shout out to http://www.mochimochiland.com and the folks at http://www.knitpicks.com ! Here is Arthur! And just as soon as I figure out how to get the app to let me insert photos and links, we’ll be off to the races!

I haven’t forgotten that I had some thoughts to share on The Lego Movie, but I think that might need another post. Until next time, keep bouncing! 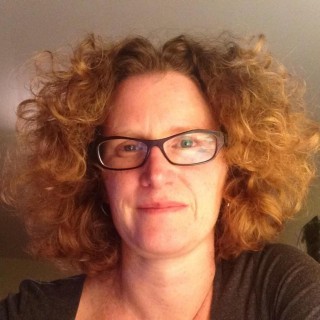